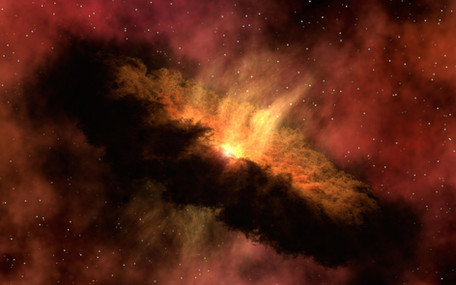 The Role of Consciousness in Pre and Perinatal Psychology

“The great majority of humanity are ruled by their external circumstances, but the superior man is he who works out his own direction and then changes his environment, or his reaction to it, accordingly. He is a master of his destiny.”

Consciousness is truly the core of life and is the key to healing. Ultimately, consciousness is connection to the Truth, the Source, the great I AM, or the state of unconditional love. PPN theories focus on educating the public of this essential principle of consciousness: we, as humans, are conscious sentient beings from the beginning of life and prior to physical life here on planet Earth (McCarty 2012). Understanding this principle of consciousness is crucial to healing humans and creating a world that is safe, loving, and full of joy. PPN findings consistently show consciousness is a spiritual state of being, wholly connected to the creator source. Babies as embryos are closest to pure consciousness, but along the continuum of experience in the physical realm their connection to whole consciousness becomes fragmented by the mind, body and autonomic nervous system. Conditional forces, such as epigenetics, ancestral lineage, trauma, and life experiences influence all of these systems, and ultimately imprint upon a fetus’s true essence. Pre and perinatal dynamics explain how conditional forces in the earliest stages of life add layers on to consciousness in its purest form. Like an onion, these dynamic forces create the matrix that forms the central nervous system and lays the foundation for all the physical, emotional, behavioral, mental and spiritual aspects of a human. Consciousness is at the core of this matrix, unadulterated as the original blueprint, and is the portal to health, love and happiness.

Along the journey of life, we must recognize and become aware of the forces that influence our being and shape us into our unique form. This knowledge connects us to our whole consciousness in its non-dual form. Failure to recognize these forces leads to today’s society, which is hindered by illness, conflict, suffering, and disharmony. These states of being are polarities separated from the core of health, love, and harmony. The polarities are analogous to our subconscious or our Shadow side. The subconscious harbors the somatic memories and forces that fired and wired the central nervous system, and what we call “conscious” in everyday life, is our ego in present time. If we could mold the two, ego and subconscious, we would be fully aware of the forces that form us, and the nature of our Higher Self. We can in turn reach our full potential. Stan Grof reiterates this point in Psychology of the Future: Lessons of Modern Consciousness Research when he states, “We perceive that consciousness is wholeness and is nothing more than what we perceive in any given moment. However, what our minds perceive as consciousness is fragmented and disconnected from wholeness.” His statement reflects the theme of the movie The Matrix when Neo finally sees the code streaming all around him. He wakes up from his vast daftness and his own limited perceptions, and sees the true reality of the computerized Matrix in which his mind has been trapped.

The journey of life is rhythmic and configurational in nature in that conscious unfolds and then refolds into itself in a very specific, consistent pattern. We start with the creator in a unified field of Conscious and we unfold into physical form in which we perceive to sever from whole conscious. As we live in the realm of polarities, or conditional forces, we progressively work to return to wholeness, which finally takes place at the time of death when our essence departs from physical form. Great thinkers such as Francis Mott outline this universal design of creation and correlate it to everything we see in nature, asserting that the omnipresence of a single pattern and rhythm of integration can be found in all form, inorganic and organic, social and mental (Mott, 1964). The Hermetic principles “as above, so below” is inextricably bound to the universal design of creation on all levels of matter and in all dimensions of space-time.

The whole objective of studying consciousness, and in turn pre and perinatal psychology, is to develop a means to discover ourselves and welcome and embrace other humans in a protective, nurturing relational field. Knowledge is power and holds the keys to healing. Stan Grof speaks to holotropic therapy, which means moving toward or orienting to wholeness, as a means to healing trauma from birth and onward in life. He also indicates this name suggests a person’s everyday state of consciousness is fragmented making that person only a small fraction of who they really are (Grof 2007). William Emerson speaks about the healing potential found with somatotropic therapy, which is experiencing the felt sense of trauma stored in our bodies and providing a means for the innate Intelligence of the body to reorganize the energetic and physical manifestation of the trauma. Both therapies have the same end goal: to activate the unconscious and free the energy bound in emotional and psychosomatic symptoms, allowing for the experience to integrate into the whole and not hide in the shadows of the subconscious disconnected from the whole (Emerson 2002). PPN theories call society to acknowledge prenates are conscious, sentient beings governed by the same universal truths applicable to adults. Acceptance of these facts will promote healing and connection in all mankind. Refusal to acknowledge the nature of consciousness only results in the repetitive patterns of suffering. This lack of awareness affects babes who must marinate in the shadow aspects of their parents, grandparents, and more distant ancestors, causing them to become reactive in nature and governed by fear, desperation, and aggression (Emerson 2002).

Many spiritual parallels can be drawn from the theories of pre and perinatal psychology, such as seen with transpersonal phenomena. As a Christian mystic and student of Qabala, I love applying PPN theories to biblical stories that correlate with the universal pattern of creation as outlined by Francis Mott, who was a great contributor to the PPN field. Mott followed from the lineage of Freud and Otto Rank and his writings influenced Frank Lake, who was one of the first psychiatrists to describe the intrauterine life (Emerson, 2002). Francis Mott laid out his theory on the architecture of the mind as follows, “My theory of the mind’s nature was based upon the idea that there are four major mental organs, namely (1) the ego, (2) the emotional field, (3) the reason, (4) the will.” This same pattern corresponds to a fertilized egg. The fertilizing germ represents the ego, the surrounding plasm represents the emotional field, the developmental embryonic processes represent the action of reason, and the emergent chick represents the act of will to which creative impulsion gives rise (Mott, 1964). Mott applied these patterns over and over again to the vastness of the cosmos, the inner workings of our minds, and down to the simplest trajectory of a plant seed.

The Bible itself lays out the mysterious, universal pattern of consciousness unfolding, as seen with the three spiritual journeys of Moses, Elijah, and Jesus. The ego, or phase one, is the blueprint found in each human being, the great I AM. The I AM is the embodied kingdom of God we all carry within us. The name of God is only first revealed in the Bible to an unsuspecting prophet, Moses. The very name, Moses, in Hebrew means name, and when spelled backwards in Hebrew, it means heaven. The I AM is not tainted with imprints from the physical world, it must be drawn out from the subconscious. Until it is drawn out, it remains hidden, buried within the womb, unbeknownst to the world and identical to how an egg and sperm quietly develop. Thus, when God speaks to Moses on the mountain and he says, “I AM who I AM,” we realize that he speaks his name and his name must be inverted and drawn without to reveal the kingdom of heaven. This process of knowing God’s name was the first step to unfolding consciousness into a fragmented nature. The book of Exodus symbolically represents the beginning stages of mapping the human mind and uncovering the secrets of the subconscious. Moses leading the Israelites out of Egypt is the emotional field, or phase two, coming into play.

Joseph was the biblical character born of Jacob who led the Israelites to Egypt. The Bible documents his body being buried in Egypt and a new Pharoah, to whom Joseph was unknown, coming to power and enslaving the Israelites. Joseph symbolizes the wonderful human imagination, which is buried in Egypt, yet another symbol representing the human body. His body contains within itself the whole vast world, and now it has to be led out, a step symbolized by the body of Israelite people. The revelation of the true name of God, I AM, marks the beginning of Exodus and the initiation of phase two of the emotional field.

In the third phase of creation unfolding, reason comes into play. Elijah, another prophet considered just as great as Moses, symbolizes reason. This prophet contests the Israelites’ worship of Baal, Jezebel, and her priests. His fight for God represents reason in the form of might, disciplined resolve, and infinite power void of emotion and love. He marks the transmutation of states of being from emotion to reason when he transcends this world and enters into relation with God in the miraculous scene of his fiery chariot ascending into heaven. In this story, the horses symbolize the mind, which is harnessed, disciplined and directed by the charioteer, Elijah, who stands for infinite power of reason.

The fourth phase of creation is embodied with the Will of God. Jesus Christ is the final phase of creation unfolding outwardly and manifesting in the physical, sensory realm of Earth. Jesus is the perfected man, conscious of physicality as well as the Kingdom of God. He is the bridge between the worlds and the ultimate sacrifice for all those who must die in the flesh and be reborn again. He stands with Moses and Elijah on the Mount of Transfiguration where the disciple Peter reports they all shone until their faces were like the sun (Matthew 17:1-8). Jesus is the Light of the World, and this light is pure consciousness; the epitome of health, miracles, healing, and majestic relationship with God. The story of these three characters represent the three states of being that we all must pass through in order to become one again with our Creator. Jesus passed through these states and in the end he became one with the being who begot himself as Jesus.

In conclusion, pre and perinatal theories focus on consciousness is a means to teach us about the powers that shape us, and how we can resource ourselves to overcome the forces of trauma. Ultimately, by understanding the true nature of consciousness, we can change our perception of trauma. We live in a disconnected world in which we adhere to the perception that trauma severs us from the Creator force, or love. In reality, we are never severed from our Maker. Rather, we always carry the inner Intelligence to resolve and disperse the energetic imprints of trauma. Healing can happen, but we must tap into our consciousness and awaken to awareness of our behaviors and how they impact our world. The starting point is how we treat our babies, our most sacred of resources–making conscious decisions around birth.

804-552-0186
56 Lynnwood Lane, MA
pediatriccst@gmail.com
← When Speaking to Groups about Pre and Perinatal Psychology Bodywork for Babies →