Throughout her life-long journey, Christianna Deichmann has had a passion and talent for uniting science and spiritual wisdom together to better understand the invisible dynamics of life, relationships, pain, and suffering. She works to bring the subconscious aspects of our lives to the forefront of consciousness. Her experience and therapy techniques draw from Eastern and Western medicine traditions, wisdom passed down from the Ancients and Shamans, and Qabala. She understands that awareness is the first step to healing, and she is a participant in this revolutionary paradigm shift taking place in our world right now to embrace Consciousness. As a craniosacral therapist, she has a particular interest in providing holistic treatment to families and children to help them heal from ancestral trauma, birth trauma, and epigenetic diseases of the autonomic nervous system. She strives to help families co-create a new story of a world in which they can grow and thrive. She is a registered biodynamic craniosacral therapist (RCST) at the Divine Structure Biodynamic Craniosacral Training School in New England, and a certified pre and perinatal bodywork therapist at the Center for Pre and Perinatal Programs in Charlottesville, Virginia (IPPD). She has completed her certification as a Pre and Perinatal Educator with APPPAH. As an initiate of the Modern Mystery School , she applies universal principles of the quantum field to help empower people to accelerate their progression, integrate trauma, and build resiliency and coherency to create their ultimate life.

Certified as a Pre and Perinatal Educator with APPPAH 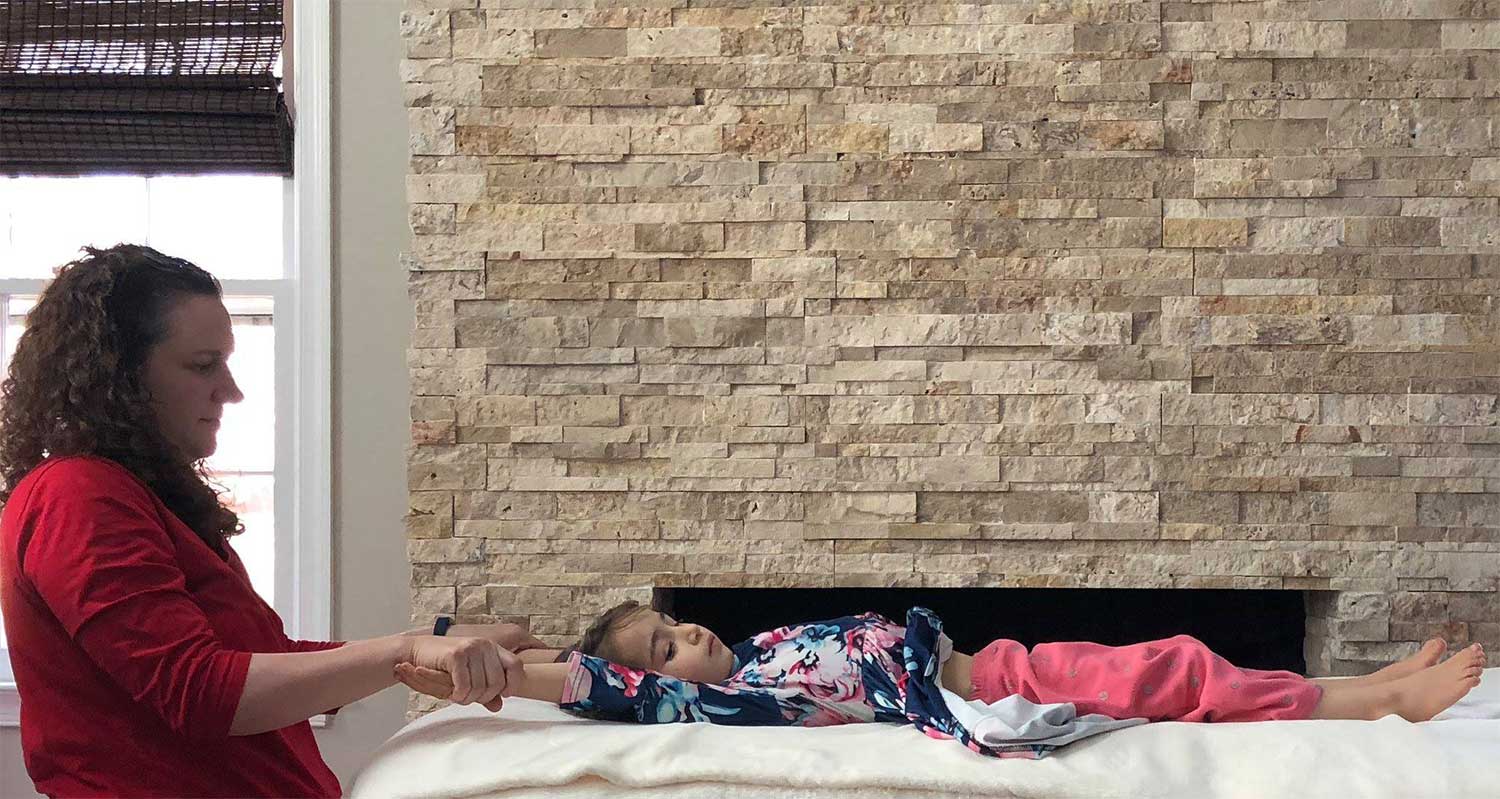 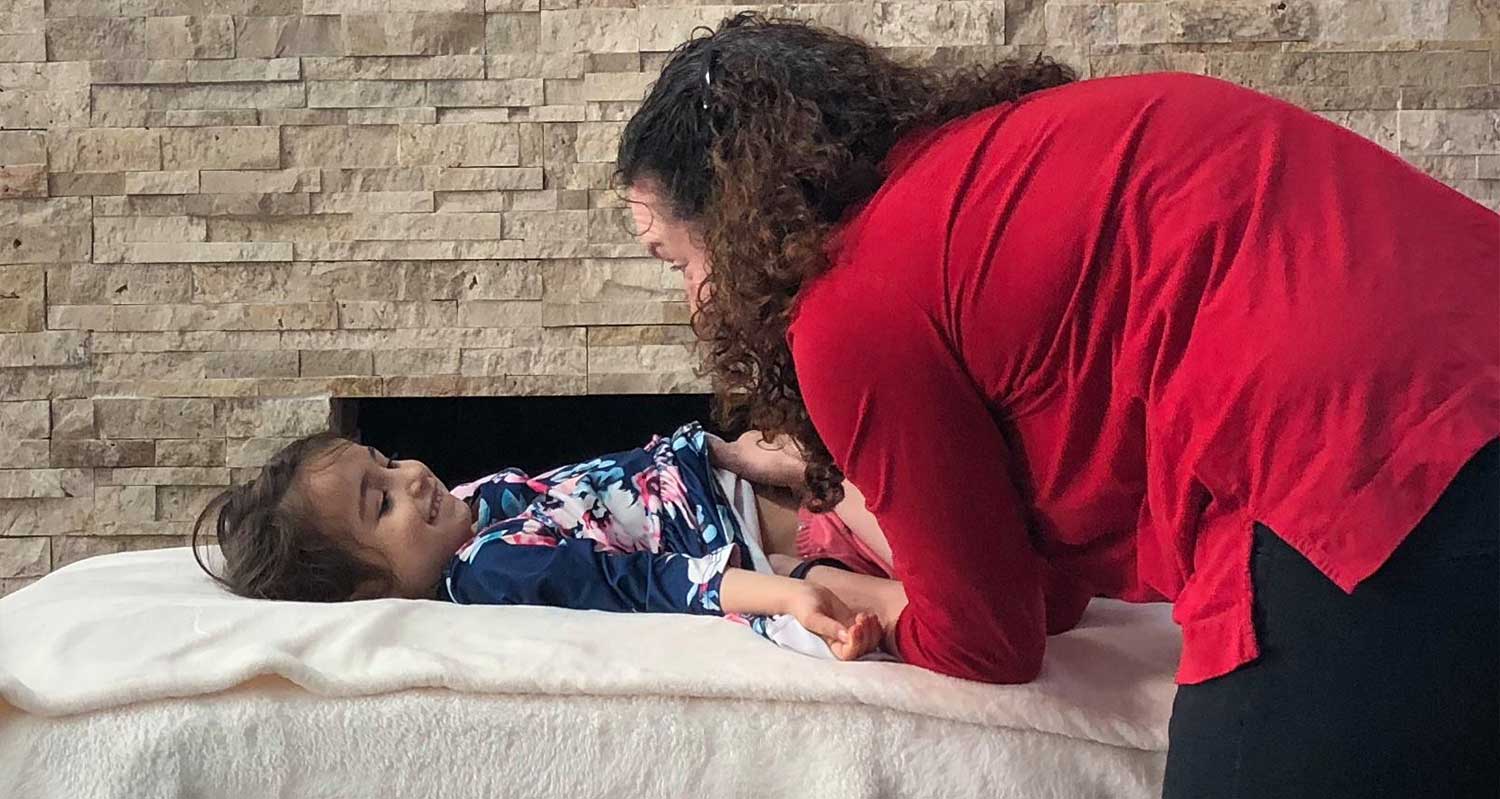 My Journey To CST 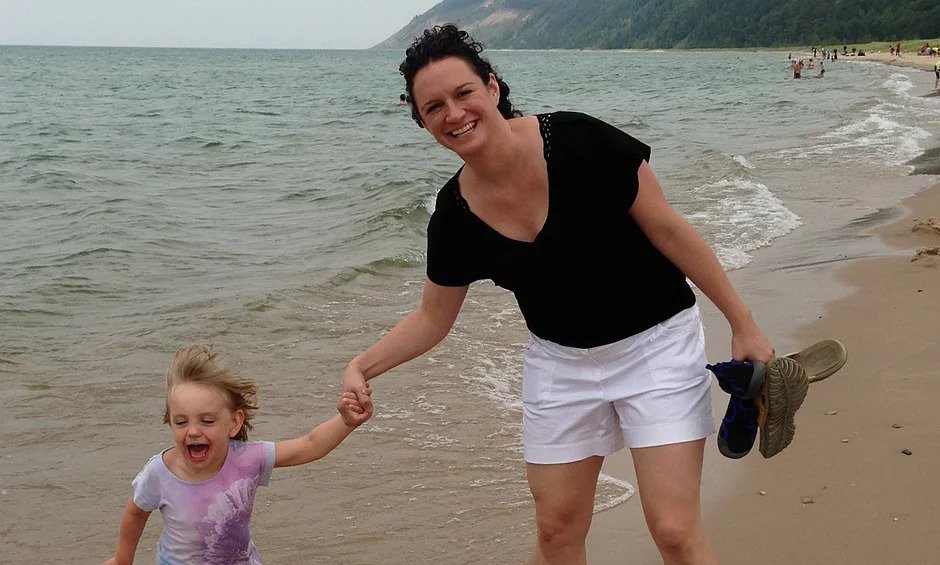 My first-born child changed my life forever. She wasn’t a planned C-section but my doctor discovered she was breech at the last minute. So we went forth with a C-section. From Day 1, no one could help me with her constant crying and wake-ups during the night, her inconsolable rages as a toddler that quickly turned into anxiety issues, or even her breast feeding difficulties despite seeing two lactation consultants just after the birth. She was born in 2010 before nurses knew much about tongue-tie. No one ever told me it would all be so hard.

For the first three years, I suffered from sleep deprivation, and I struggled with her mood swings. For such a happy child, with the flip of a switch, she had severe anxiety, rage, and emotional eruptions. She complained constantly of tummy aches and headaches. She suffered from chronic ear infections and strep throat. By the time she was four, I lived with so much stress, I had learned to adapt to it, or so I thought.

In the fall of her fourth year, my back locked up. I had been living with back pain since the birth, but I had no time or knowledge of how to treat back pain other than just put up with it and move on with my day. I had carried some heavy bags for a couple of days before helping my brother move. I chose to ignore my elevating back pain. Two days after moving my brother, I woke up and I could hardly move. I was in excruciating pain. I asked my best friend to drive me to the Emergency Room.

The doctors looked at me in disbelief when I insisted I was experiencing pain at a level 8-9 on a scale of 10. The ER doc on duty gave me some heavy opiates and a course of prednisone. After visiting a back and spinal clinic in Arlington and suffering through the hell of an MRI, I was told I had four slipped discs in my upper spine and would need back surgery. I refused to believe at age 34 I would need to have back surgery.

After all the drugs and prednisone injections for over a month, my back was not improving. Prednisone brought its own misery of insomnia, weight gain, extreme anxiety. I told people I would sit up at night alphabetizing my sock drawer. Out of desperation, I sought out an acupuncture clinic a friend recommended to me. My mother is a Registered Nurse, and I didn’t believe in energetic or alternative medicine. I had only been exposed to allopathic medicine my entire life. But I didn’t care. The doctors weren’t resolving the issues causing my back pain. They were only giving me drugs to cover up the pain. I couldn’t work or care for my child on these meds. So I pursued the course of acupuncture.

During my first acupuncture treatment, my pain was decreased by half. They treated me all weekend and into the next week. What doctor does that? They responded to my text messages at any hour of the day that first crucial week of healing. They took my daughter in and entertained her so I could get treatment. I went through a hectic detox from the pain meds and prednisone, but my acupuncturist kept giving me herbs, detox bath salts, and treatments.

I continued treatments for a month. My back pain went away, and I entered a sauna detox program to help my entire body and mind recover. My life was changed forever. I had been exposed to energetic medicine.

This clinic in Falls Church also introduced me to Cranial Sacral Therapy. The owner’s daughter was certified in CST and she treated my daughter on a number of occasions. My girl always left in better spirits and was more manageable after treatments. The clinic became my refuge in a world of strife.

When I had my son seven years after my daughter, he too was a C-section. He was transverse due to the shape of my uterus (the first OB had no way of knowing since my first C-section went smoothly). His birth, on the contrary, was traumatic. He and I were both lucky to survive and my Obstetrician said absolutely no more babies. He said I would not survive and chances would be high that another baby would not survive either. But that was just the beginning.

My son had a few mid-line defects, including a posterior tongue-tie. He couldn’t successfully breastfeed, and of course, that is all I wanted to do. I felt like a failure, but I refused to give up. After many phone calls and nurse lactation visits, we sought out an Ear Nose and Throat Doctor. The doctor insisted we consult with an infant feeding specialist before pursuing the course of surgery. Luckily, this referral led us to a Cranial Sacral Therapist. I realized a few years back that I had done this with my daughter, but we stopped treatments after moving out of the Washington, D.C. area. At this point, I was desperate and would try anything. Our CST was able to unlock my son’s jaw and he was able to feed for the first time in weeks since the birth. Out of sheer relief and joy, I just cried with the sweet lady who helped me.

We still had to have my infant son’s tongue cauterized in order for us to hope he ever had a chance of nursing. We chose to not return to the ENT. Instead, we found a highly recommended dentist who specialized in tongue-tie correction procedures in Reston. She was amazing. Her whole practice catered to not just my comfort level, but my husband’s, and my baby’s. We felt at home and better yet, safe and in the hands of professionals. Little did we know just how hard the surgery would be for me and my son.

The post-surgery therapy was brutal and my son wasn’t able to breast feed for a full month afterwards. For his first two months of life, I nursed in agony or I pumped and then feed the baby using PACE techniques. Cranial Sacral was a God-send. It helped him latch, it calmed his nerves, and now I’m convinced, it realigned his body and helped him release his emotions associated with the birth experience. In turn, I was better off too!

I had to know more. What was Cranial Sacral Therapy? Why did it work? I wanted to tell other mothers who I knew were struggling. So I called up my acupuncturist and I told her that I was about to embark upon a new chapter in my life. I wanted to change my career, change my way of thinking about life, and most importantly, positively impact the lives of others. I enrolled in her accredited college, Northern Virginia College of Eastern Spirituality & Healing. I completed my training in Pediatric & Prenatal Techniques in Craniosacral Therapy and Myofascial Unwinding. I am now trained and able to encourage other mothers to seek help for themselves and their children.